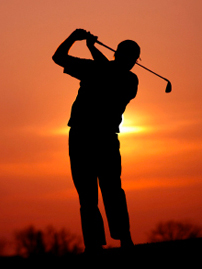 Donald G. Cornell passed away peacefully in his sleep Friday morning, November 20, 2020. He was born on May 12, 1928 in Pocatello, ID, to John & Vernessa (Farnsworth) Cornell.

Upon graduating from Boise High School in 1945 he worked as a surveyor helper for Public Roads Administration. He continued his work experience by entering the banking business in 1948. He graduated from the American Institute of Banking in 1950.

Don and Betty Jean Carter were sealed in the Cardston Temple on March 21, 1951 as his and her parents were both there to share in this wonderful experience.

He discovered he was a born salesman when he decided to try his hand in commission sales for Procter and Gamble (1954); he then went on to work for Revlon (1958), Prince Matchabelli (1960), and Coty Cosmetics (1961). During this period his wife Betty became seriously ill and Don decided be closer to home and began work in the Investment business for himself in Tacoma Washington. In 1963 he established the first Real Estate Trust in Tacoma for Keystone Investments.

After divorcing his first wife Betty; in 1969 he married Alberta Dickson. This brought 4 of her 7 children and all 5 of Don’s together.

In 1970 Don established the first low and moderate income property development in Nanakuli, HI and brought his family to the Island and there they enjoyed the beauty and friendliness of the culture.

After his project ended in Hawaii 1973 he moved to Heber, UT and continued in Real Estate development until retirement here in St. George, UT.

Don was an intellectual, had a great love of church history and a dedicated student of the scriptures. He held positions of Seventy, MIA present, ward mission leader (4 times), High Priest leadership (3 times), Sunday School President (3 times) in the Church of Jesus Christ of Latter-day Saints. He directed a mutual play called “Steamboat Cumin’” and in later years became interested in Shakespeare and often attended the Shakespeare Festival in Cedar City, UT. He produced the highlights of Hamlet on CD and has composed over 80 poems; he wrote several poems specifically for members of his family and wrote memoirs of his lifetime.

He enjoyed outdoor activities especially golf and tennis which he played into his 80’s. He was a fan of automobiles and kept his 1991 Lexus until he couldn’t drive any more when in his 90’s.

Don will be remembered as a man who loved his family and had a strong testimony of the truthfulness of the Gospel for which he bore his many times. He loved temple work and served in the temple in his retirement years.

Memorials are encouraged to donate to the Church of Jesus Christ of Latter day Saints Service or Missionary fund.

To send flowers to the family or plant a tree in memory of Donald G. Cornell, please visit our floral store.