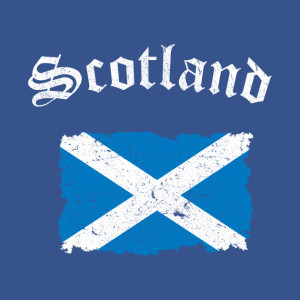 Joan “Joey” Trainer-Crawford . (The wee Bonnie Lassie from Mill-guy)was born in the small town of Milngavie (Mill-guy), Scotland on November 8th 1931.  She had a lovely childhood. They may have not been rich, but their Mother Annie Bonar and Father Daniel “Donald” Trainer always made sure it was a happy home with love and laughter.  Sisters Frances and Sheila and Brothers John and Don made for a very busy household. Never a dull moment, but rarely a bad one!

In 1941 Father Donald went off the war to help stop the Germans and Italians in WW2.  He would later recall to his Grandson Donald how he alone made Hitler commit suicide when he knew Donald Trainer was coming after him!  Donald believed him completely!  During the war all the kids had to become adults before their time.

Joan was a born organizer and leader and soon took that role on whole heartedly.

After the war, she went on the Graduate Notre Dame High School and found a job in Glasgow at Drysdale Pumps Company.  Friday nights were the time to go to Glasgow with her girlfriends and dance with the boys on Sauchiehall Street (pronounced “Sucky Hall St). That is where she met the only love of her life Lawrence Crawford.

They dated and married in 1955  moving up the north to Thurso, Scotland to work at an atomic energy plant.

In Thurso she gave birth to two loving children – Lorraine and Donald.  It was there that Uncle Jimmy, Lawrence’s brother and His wife, Aunt Isa, and their two children, Anne and Jim Crawford, became one happily blended family and took many vacations together roaming Scotland and England. In 1967, on a whim from a newspaper ad, Larry applied for a job in the USA and was hired.

One year later, January 28th 1968, they moved the entire family to Los Angeles, California to begin an American adventure.  Joan had always dreamed about living in California and that dream somehow came true for her.  It was a splendid time.

The first order of business after getting settled in an apartment was to ship the beloved family dog “Sam” over. Not an easy or cheap thing to do, but hey - we are talking family here!! ☺

Another Scottish family, Donald & Sally McKinnon and their two children, Donald (same age as our Donald) and Sally-Anne (age 6), had just come over as well and with that, the two families instantly became life-long friends doing everything together.

In California, Joan started out as an entry level accountant for Byron Jackson Pumps Inc.  Before retiring in 1989 she had progressed all the way to Sr. Accounting Manager of the Executive Division. Not bad for a young wee Scottish Lassie at all!

During her time in California she made some incredible life-long American friendships.

Don and Agnes Lee became a permanent fixture for weekends in the High Desert, Christmas and New Year’s celebration.  It was truly a special friendship. So much so that Donald and Lorraine called them “Aunt Agnes & Uncle Don” and thought of them as true family.

Joan also had many, many friends from work, frankly too many to list.

But one that always stands out is Chris McKee.  Chris, the younger of the two, was the boss.  They always looked out for each other to be the best they could be and Chris was always there for her in any way personally or professionally until the very end. Thank you Chris!

Other than making sure the rest of her family was taken care of first, Joan’s major passion was traveling.  Countless trips back to Scotland to make sure the Scottish bond stayed strong with her kids and later countless trips across the country in the 5th wheel trailer and truck with family and the Grandkids (John-Carlos, Ronney and Johanna). There are too many hilarious stories to go into here, but believe me, there were a million of them!  Another special trip Joan had a chance to make a few times was to visit her beloved sister Sheila and loving brother-in-law Iain Macintosh in South Africa.

Joan and Larry’s favorite traveling partners were Larry’s brother Jimmy and his loving wife “Dear Aunt Isa”. Together they traveled everywhere from Hawaii to The Virgin Islands to Portugal and other international places not to mention every corner of the USA in their RV.  As my mother told me as she neared passing “Don’t feel sad for me please, I have had a bloody good life”  ☹

As anyone who know Joan would already know her love for animals, especially dogs was off the charts. So before we mention any children and Grandchildren, let’s get to the real family favorites: ☺

Cats: Dennis (the Menace), Sheba and Angel are all in Kitty Heaven. Dogs: Sam, Bonnie, JD (Joan’s Dog), Big Boy, Madam, Magic, Goldie, Lady and Heather.  Still surviving members Destiny and Lucky and missing their Mum and looking around to see when she will come home. They continue to be loved by their sister and her husband known as “papa Jim”

In her Golden years, when her body slowed down she and dad loved having their grandson, Cameron over every weekend they could. Cameron redecorated their home with toy soldiers and wild stories. She also enjoyed having Lorrainey over to play shopping and learn how to count money. One of her goals was to live to 90 so she could attend Lorraine’s High School graduation. She didn’t make that goal but you can be sure she’s looking after all her friends and family and will be there in Spirit at all graduations and every day her family needs her. She will love us always.

She also loved her Church and was instrumental in helping establish new programs at Grace Episcopal Church. Including the Rose Garden, where she and dad will now always be remembered. Her love of God and her family were the foundation of who she was. She managed to still attend Church even in her weaken state as often as she could. She grew to love Father Tom and his visits meant the world to her when she could no longer make it to Church.

She had nick names for all of us. Dad was “Mr. Perfect” as is on her car license “I’m married to Mr. Perfect”  Donald was “Charlie Boy” as he was always into mischief. Mercedes, her daughter in law,was “Mrs. Clean” for obvious reasons.  Jim, her favorite son in law, was Elevator Man as he lifted her whenever she needed help.

Lorraine, was Shiela or her mum, as towards the end she said she could only remember Lorraine if she went through the process of Sheila? Mum? Jims wife, that’s right Lorraine!  She was always truthful and had a wonderful sense of humor.  She was so funny at times we’d be falling down laughing and she didn’t know what she had said. Other times she used her humor just to make us laugh and joined in with laughter if her own.

When times were tough, Joan’s favorite saying was always “must is a good master”  When something was so obvious it didn’t really need a response you would hear: “Is the Pope a Catholic” And when her young, rebellious son Donald would be struggling with life issues she would always say “Never mind son, you will be on yer feet in no time”

As we feel her loss we can take comfort that she’s in Heaven once again holding hands with dad and she’d  tell us “never mind now you’ll all be back on yer feet in no time.”

She is survived by her children: Lorraine Crawford McGuire and Donald Lloyd Crawford and Grandchildren John, Noni, Ronney, Johanna, Cameron, and Lorraine.  Also survived by her brother John Trainer.