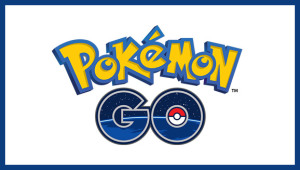 Song Gao was born and raised in Fushun Liaoning.  As a kid, he had a talent for soccer, singing, drawing, ping-pong, basketball, and roller skating. He was very outgoing as a kid and loved to try new things. He went to college in Dalian University of Technology and studied chemical engineering. He was a chemical engineer teacher for a university in Fushun, China. He eventually got a scholarship from Southern Illinois University and got a visa to move to America.

While he was living in a small apartment with his wife in Illinois, he was working on getting his Masters and PHD degrees, he was blessed with two children named Adam and Angela. He worked extremely hard to get his Masters and PHD degrees for the love of his family and always tried to make time for them. After he got his PHD degree in Doctor of Philosophy, he spent countless hours searching for job opportunities. He was faced with a lot of pressure to provide for his family, but eventually found an opportunity after getting a job offer from Dixie State University as a data analyst. When Song and his family moved to St. George, Utah, he helped organize a soccer club for college students from Dixie and Sunday League players. He did a fantastic job at managing the club. He always showed up on time, brought all of the equipment, made early reservations for the soccer fields, notified everyone where they’re playing, when they’re playing, when they’re not playing, and would even let some players borrow the goals when he couldn’t make it. He always made sure that everything came to plan and did everything he could to satisfy the members of the club.

After a few years organizing and playing in the club, he felt like he was getting too old to continue to play, so started playing a game called Pokemon Go. It all started when his children (Adam and Angela) let their dad borrow their phones to catch Pokemon in his office at work. He eventually grew very fond of the concept of the mobile game, so he started playing more often and would even bring his children along to play with him every evening. He eventually found others that shared his passion for the game and made many friends along the way. The best part of the game for him was meeting new people and forming relationships with them. Song loved interacting with new people no matter who they were. He always got along with all types of people, whether it was from soccer, Pokemon Go, church, or work. Song was a man of love when it came to family. He always did everything in his power to support and make time for them. He always loved doing things with his family such as watching basketball and soccer games, hiking, movies, Pokemon Go, traveling, and shopping.

Song Gao grew up Atheist in China, but converted to Christianity while in the states. The remainder of his life was spent dedicated to the principles that he adopted from Christianity. This was evident in the difference that he made in the lives of those that he interacted with. He always did his best to keep everyone happy even if it was at his own expense. He was a very selfless man that had an impact on many people’s lives. He had such love for all of his relationships with other people. Heaven got a little better when Song passed from this life and all those who interacted with him will be better for having known him.

To send flowers to the family or plant a tree in memory of Song Gao, please visit our floral store.