Share a memory
Obituary & Services
Tribute Wall
Read more about the life story of Betty and share your memory.

Betty Louise Dufour of St. George, Utah. Died November 2,2022. She was born Betty Louise Mendenhall in Monterey Park, California, on May 3, 1930. The only child of Joel James Mendenhall and Amy Grace Lane. The Depression forced her family to relocate, and she was raised in Placerville, California.

She married Douglas Leon Howard on May 18, 1947, and they had two daughters. She was Secretary and Office Manager for her husbands business, Jim’s Building Supply. She was a past member and Secretary of the Hangtown Toastmistress Club, Past Director and Interim Manager of the El Dorado County Fair Board, and past member of the Juvenile Justice Commission of El Dorado County. They divorced in 1972.

She was the Office Manager for Levitz Furniture stores in Sacramento and later moving to South San Fransisco, CA from 1970- 1973. She later returned to Sacramento and from 1975-1999 she was a Real Estate Agent for Coldwell Banker. She met ad married Raymond Howard Johnson on November 10, 1979 and they lived in Orangevale, CA until his death on December 12, 1995.

She married Raynald David Dufour April 17, 1999, retired from real estate, and moved to Brigham City, UT. In Utah, she was the Secretary/Treasurer of the Brigham City Golf & Country Club, a volunteer Tax Counselor for the Elderly and was active in the Holy Cross Lutheran Church in Brigham City. He died December 2, 2015.

After his death, she moved to the Seville Senior Living Facility in Orem, UT. Betty loved jokes and spent years compiling books filled with her favorite jokes and comic strips to share with everyone, donating many of these books to local Veteran’s Home.

Recently, she moved to The Retreat at Sunbrook in St. George, UT, continuing to share her good nature and jokes, and staying active in the Trinity Lutheran Church in St George, UT.

At her request, her remains have been donated to the University Utah Medical Center for the benefit of science.

Condolences may be shared at mcmillanmortuary.com

To send flowers to the family or plant a tree in memory of Betty Louise (Mendenhall) Dufour, please visit our floral store. 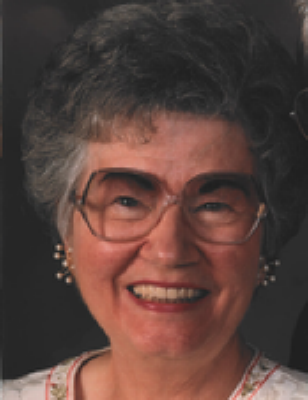 You can still show your support by sending flowers directly to the family, or by planting a memorial tree in the memory of Betty Louise (Mendenhall) Dufour
SHARE OBITUARY
© 2022 McMillan Mortuary. All Rights Reserved. Funeral Home website by CFS & TA | Terms of Use | Privacy Policy | Accessibility