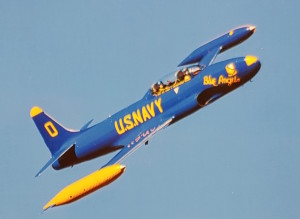 Dick Chambers passed away peacefully on March 12, 2021 at his home in St George, Utah. He was born on November 11, 1935 in Chicago, Illinois and lived most of his adult life in Denver, Colorado.  He is survived by his wife Sandy, a twin brother Jerry, an older brother Bill and 2 children. He retired from Metro Glass after 35+ years as a commercial glazer and moved to Sun River St George in 2002.

Dick was an avid golfer and member of Men’s Golf Associations in both Denver and St George. He was a founding member of the Denver Skins Group which started in the mid 80’s and still continues to gather for a tournament once a year.  He cherished his friendships on and off the Course and loved rehashing his golf game and paying off a few bets with “the boys” after golf over a cocktail or two.

One of his best memories was his ride along on his 80th birthday in an F-80 2 seater retired fighter jet as it did a tribute flyover during the Veteran’s Day Ceremony at the Sun River Veteran’s Park. It was the ride of his life!  Dick also loved his Denver Broncos and cheered them on every game no matter what the score. He flew his Bronco flag proudly every game day.

If you knew Dick you know that he didn’t want any kind of funeral service when he took his final exit so just raise a glass, give a toast and share a memory the next time you are together.  He will be sadly missed by many but his memories will last a lifetime.

To send flowers to the family or plant a tree in memory of Dick Chambers, please visit our floral store.

You can still show your support by sending flowers directly to the family, or by planting a memorial tree in the memory of Dick Chambers
Share a memory
© 2021 McMillan Mortuary. All Rights Reserved. Funeral Home website by CFS & TA | Terms of Use | Privacy Policy