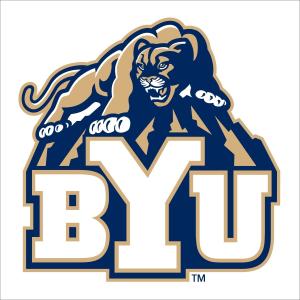 The Life of Douglas Alan Stewart

Douglas Alan Stewart passed away in the arms of his wife in their home in LaVerkin, Utah on Monday, March 23, 2020 after weeks of battling Rapid Onset Parkinson’s Disease. Doug was born December 23,1953 in Olathe, Kansas and was the son of Orva Junior “Red” Stewart and Helen Marie Pershall. When Doug was 13 years old, his family moved to Wellton, Arizona where he enjoyed playing baseball, football, and participating in track as the years ticked on. Racing the family dune buggy in the desert and bouncing his little brother off the back face down into the scorching sand while his dad chased after him screaming was a vivid memory from his childhood he recounted often.

Doug left the scorching sand of Arizona to attend the frozen, snowy fields of Rick’s College in Idaho to play football until a barbell dropped on his chest and dislocated the sternum, ending his football career forever.  Influenced by coaches and friends who lived what they believed, Doug joined the Church of Jesus Christ of Latter Day Saints in Eagar, Arizona in 1974 at the age of 21. He was diagnosed with Type 1 Diabetes a short time later and began a battle that he faced head-on all of his life.

After joining the LDS church, he transferred to Brigham Young University to be around those of his newly found faith.  At BYU, Doug stepped into an Interpersonal Communications class Spring semester 1980, took one look at the tall, stunning instructor and told the student next him that he was going to marry her to which the student replied, “Right, in your wildest dreams!”  Doug later asked the instructor out on a date to which she replied, “I don’t date my students.”  Doug quickly replied, “You will and you’ll love me.”   Six weeks after the first date, Doug married Linda Lee Montague in the Salt Lake City Temple on April 19, 1980 and the rest is history.  This April they would have celebrated 40 years of an incredible journey of challenges and blessings, heartaches and joys sealed with unwavering faith in the gospel of Jesus Christ and its eternal message of hope.

Doug graduated with a Bachelor’s degree in Child Development and was employed by the Church Education System as a seminary teacher at the high school level and eventually an institute teacher at the college level. He loved teaching the gospel at every level and endlessly quoted verses from all of the standard works “at the drop of a hat.”  In his final days, he shared that his greatest joy of teaching “was loving the students and knowing that they loved you, too.” He touched many lives across Arizona, Utah and California as he shared his stories, humor and testimony of Jesus Christ in the classroom. However, the lives he touched most were those of his family, both extended and immediate.

Doug and Linda have three daughters - Kristin Roundy, Ashley Handricks, and Heather Thomas. His world changed with the birth or adoption of each of these girls and he went out of his way, right up to his final days, to let them know how special each one was to him. He loved having girls and treated them like princesses, but also lamented needing a boy to balance things out. This dream was later fulfilled with son-in-laws, grandsons, and nephews and finally being blessed to raise his grandson Landon who came to live with them in 2015.

In the years Doug taught seminary and institute, Doug and Linda moved wherever the Church asked Doug to teach seminary or institute.  They started their life together in Provo, Utah, moved to Globe, Arizona to teach seminary, and then back to Provo, Utah for Doug to pursue a Masters degree in Near Eastern Studies from Brigham Young University and the Jerusalem Center in Israel where he learned Hebrew and Arabic. Upon completing his Masters degree, they lived in Apple Valley, California for many years where Doug served as a Bishop and later a Young Single Adult Branch President, while also serving as the Seminary and Institute Director for the Southern California area.

Their home was always a place of refuge and open to all, filled with young people from morning into the wee hours of the night. He and Linda together worked hard to raise the number of institute students from 35 to over 200 students and convinced the Church to build an institute building across from Victor Valley College in Victor Valley, California. Their girls grew up in the walls of that Institute building, spending time with the students who gathered there. Together, with their girls, they lived a wonderful, full life in those California days. Some of Doug’s favorite times were trips to South Carolina, Arizona, La Jolla, San Diego, Cabo, and Hawaii, afternoons in the pool, evenings at the Mavericks baseball games, Nascar adventures, and long dirt bike rides with the stake presidency.

As daughters married and grandkids came, Doug found another piece of his heart grow to embrace another phase of his life. As each grandchild was born, he loved each one of his grandkids in a special way and spent hours watching them participate in whatever they were involved in whether it was gymnastics, theater, or sports. Their home was always filled with the noisy chaos that the grandkids brought and Sunday afternoons at Grandma’s and Grandpa’s became a favorite day.  Doug loved playing bubbles, baseball, monster trucks or whatever silly game the kids wanted. He loved teasing them and also loved teaching them in what he called “moments of profundity.”  Many favorite memories were made gathered around the big table for family meals or together at BYU football, baseball and basketball games. He was true blue through and through and traveled to or watched on tv any BYU sports that he could fit into his schedule.

Doug loved people and never met a person that he didn’t try to talk to! He rarely met a person that he didn’t love. He believed everyone was his friend and would take special trips all over town just to see “a buddy.” He loved to bake brownies for people or take plates of food to widows and widowers. He struggled with many health problems stemming from a lifetime of diabetes. He lived life with joy and had an enormous capacity to make everyone feel important. He loved and knew his Savior, Jesus Christ and loved the Church of Jesus Christ of Latter-Day Saints. His legacy lives on through his family that adored him and in the thousands of people who are better people for having known him. This giant of a man lived big, loved big, and believed big and his passing has left a big hole in the lives of his family and all that knew him.

Doug is survived by his wife, Linda, daughters Kristin Roundy and her husband Cole, Ashley Handricks, Heather Thomas and her husband Caleb, and grandchildren Landon Stewart, Kaitlin, Brandon, Brock and Allison Roundy, Adam and Hannah Handricks, and Madison and Noah Thomas. He is also survived by his four siblings Diana Powels, Sharon Cochran, Kathy Nall, and Greg Stewart and his wife Debbie and many adoring nieces and nephews.

We appreciate the many acts of kindness shown to us during this difficult time and are grateful to all who have reached out to celebrate the life of this great man Douglas Alan Stewart.

To send flowers to the family or plant a tree in memory of Douglas Alan Stewart, please visit our floral store.