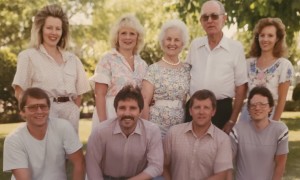 Gary Elwin Garfield, age 68, died unexpectedly of natural causes at his home in St. George, Utah, on June 16, 2021.  He was born May 5, 1953, in Los Angeles, California, to Elwin B. Garfield and Genevieve Smith Garfield, the third of seven children.  Gary graduated with high honors from Neff High School in La Mirada, California, where he played on the football and basketball teams.  His family moved to St. George, Utah, soon after his graduation, where he attended Dixie College, then transferred to Brigham Young University and earned a Bachelor of Science in Economics, with high honors.  Gary served a mission for the Church of Jesus Christ of Latter-day Saints in Buenos Aires, Argentina, where he developed a life-long love of the language and culture. In 1985, Gary married Monica Franco; they later divorced, but he always held her in high esteem.

Gary resided in Rochester, New York, and he enjoyed teaching high school to underprivileged students.  He also pursued graduate studies at George Mason University in Fairfax, Virginia, and he resided in the area for several years.  In 2007, Gary moved back to St. George, Utah.  Here he enjoyed being closer to family, and he embraced the desert climate, the red sand, and majestic cliffs.  Gary was devoted to keeping physically fit, spending many hours on arduous bike rides or hiking through the hills of Snow Canyon or Zion National Park.  His love of music spanned a broad range of genres from the Doors in his youth, to Wagner’s operas, to the great anthems sung by the Tabernacle Choir at Temple Square.

Gary was also a voracious reader and spent his life in the pursuit of learning, analyzing, and researching.  His personal writings and body of research could fill volumes.  He loved to share his views on subjects from religion to philosophy to politics and world events, and he could debate or discuss for hours.  Gary dearly loved his siblings and his nieces and nephews--many of whom remember being tossed in the air and caught by their big, strong, boisterous uncle, to their delight.  He savored a good buffet.  He expressed one of his greatest joys in life was attending family events and reunions.  We take comfort in picturing the reunion that has taken place in the heavens with his beloved mother and father.  We know he is at peace in a beautiful realm, free to continue his eternal progression, forever learning and listening to the angels sing. We will miss you, brother, until we meet again.

Gary was preceded in death by his parents and sister-in-law Kimberly Garfield.  He is survived by his six siblings and their spouses:  Lynne Rawlings of St. George, Utah; Vance Garfield of Kaysville, Utah; Stephen Garfield of Washougal, Washington; Margaret Nelson (Richard) of Miami, Florida; Bruce Garfield of Provo, Utah; Carole Seegmiller (Brad) of St. George, Utah; plus many nieces, nephews, and extended family.  Each held a special place in his heart.

A private memorial for family will be held at a later date.  Many thanks to McMillan Mortuary in St. George for their kindness and compassion at this tender time.

To send flowers to the family or plant a tree in memory of Gary Elwin Garfield, please visit our floral store.