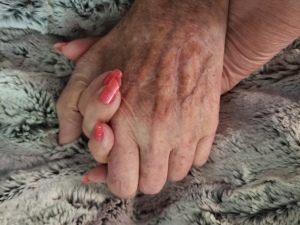 On June 27, 2021 John Elton Roberts, 86, passed peacefully from this earthly life at his home in St. George, Utah with his loving wife of 43 years holding his hand.

He was born February 5, 1935 in Salt Lake City, Utah to Henry Christopher Roberts and Virginia Susie Elton Roberts.  In 1957 he married Shannon Bjerregaard and together they had seven beautiful children.  Their marriage was latter solemnized in the Salt Lake City Temple.  They were later divorced

John had the most wonderful childhood growing up on his 4th generation family homestead, just outside the town of Goshen, Utah.  He learned the value and appreciation of hard work at an early age.  With grandparents nearby on their family ranch in Genola, Utah, he often made the horseback ride between the family homes to enjoy working, playing, hunting, and fishing with many of his cousins.

He attended Goshen Grade School and Payson High School.  In his high school years, he excelled in sports.  He enjoyed bull riding and was on the high school football and baseball teams. He took the High School State Wrestling Championship and also broke several track records for Payson High.  However, hunting, fishing, and camping with family always remained his favorite activities.  He taught all of his children and grandchildren the joys of being in nature and being a close family.

He always had a passion for adventure and really wanted to TRY IT ALL!!  This led him to a variety of careers.  He worked with the forestry service, worked on the Border Patrol (lots of stories there!), worked at Dugway (a lot more stories-some very hush hush:)  He had his own construction company for a number of years and then partnered in a land development company.  This was a truly exciting time in his life with lots of unusual opportunities and adventures, even traveling to Belize.  For him, the best part was always the people he worked with and loved like brothers.  He even spent one summer in the wilderness with heavy equipment mining for gold (too bad that didn’t PAN out!)   He then became a Construction Superintendent for a large company installing computerized storage units which took him and his family all over the United States and even into Canada.  What a great way to experience this beautiful country we live in. One memorable adventure with his work crew was camping out in the Okefenokee Swamp in Florida with the alligators during mating season!!

He finally decided to retire from traveling; at that time he and Kathy designed and built their dream home in Genola, Utah.  They spent many wonderful years there making happy memories with family and friends.  During this time, John returned to work as construction manager for Habitat for Humanity, working until he was almost 80 years old.

During his life in Genola he served on the City Council as Parks and Recreation Director, a job he loved!!  He was part of making some wonderful additions to the park, including a baseball field, an additional play ground and equipment, and building a stage to host a very successful Country Western Jamboree. He loved planning the celebrations and activities and challenging himself and others to make them BIGGER and BETTER each year!   He always had a close relationship with his Heavenly Father and served many callings in the Church of Jesus Christ of Latter Day Saints.

After surgery in February of 2016, John began to struggle with severe health issues.  He and Kathy had to make a difficult decision to move to St. George, Utah.  John seemed to do better there and adapted quickly to enjoying his new environment and all of the wildlife he was able to see from his patio.

In his last two months of life, he was truly served by earth Angels with the wonderful hospice care he was provided—So MUCH LOVE!!

He was preceded in death by his parents, three infant children Jeffery, Janet, and Shawna, a son Michael A Caussey, a son-in-law Keith Woodruff, and his sisters Marylynn Roberts Christensen Everett and Dorothy Joy.

His greatest joys in life were his family and his friends.  He will be greatly missed, but he certainly has made this world a better place. He will always be remembered as our Hero.  We are so blessed to have had him in our lives.

To send flowers to the family or plant a tree in memory of John Elton Roberts, please visit our floral store.