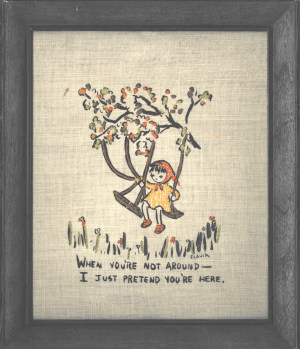 LaNyle Miller Brown was born in American fork Utah to Erma Hansen Miller and Martin Lloyd Miller on June 15, 1933 where she was the oldest of 3 children. She has preceded her younger brother’s Robert Lloyd Miller (Jean, Ellie) of Richfield, Utah and Raymond H. Miller (Dorothy) of Wales, Utah in death.  As the only girl she was a ‘daddy’s girl’ and loved her daddy fiercely.

Lanyle graduated from American Fork High School in 1950. With an exceptional IQ and strong determination she attended BYU and then the University of Utah with an interest in pre-med. She was fortunate to study abroad in Europe while at the U of U.  While in college LaNyle met her best and lifelong friend Charmaine Johnson from St. George Utah. LaNyle lived with Charmaine and her parents Ken and Madge Cannon in St. George for a time and they quickly became her 2nd family.

Her friends were her lifeline and she had many that affectionately called her Nylie.

At the age of 26, LaNyle served a mission for the Church of Jesus Christ of Latter-day Saints to Frankfurt Germany.  When she returned from her mission she earned her real estate license and worked as a broker in Las Vegas Nevada at a firm called ‘Chappell and Miller Realty’. While in Las Vegas, LaNyle also worked for the Nevada Test Site as a personal assistant to the administration. She witnessed the bomb trials first hand and enjoyed giving tours to the ‘bigwigs’ as they visited the test site.

On September 13, 1968 LaNyle married Dale Ray Brown, while living in Las Vegas Nevada and was later sealed to him in the St. George Temple. With this union she inherited 4 children; 1 son, Michael Jeffrey Brown (Jennelle) of South Jordan Utah, and 3 daughters, Elizabeth Elaine (Beth) Brown Ellett (Doug) of Elko Nevada, Dawn Michele (Mitzi) Brown Fluckiger (Jay) of Hooper Utah, and Robin Renee’ Brown Anderson (Jeff) of West Jordan Utah.
The couple and their four children relocated from Las Vegas Nevada to Santa Clara Utah in the summer of 1972 where the couple lived until Dale took a job overseas.  LaNyle lived in the family home in Santa Clara for the remainder of her days.

She taught her children to work hard, to work with their hands, their minds, to make something from nothing, and to be self-sufficient. She taught them the love of a good book, and the love of learning and travel, to garden, to sew, and an appreciation of the English language.  She taught them all to be frugal and grateful for what they had. She encouraged her son Mike to serve in the military for the United States of America.

In 1983 LaNyle and Dale moved to Saudi Arabia, where Dale took a job as a computer tech for the Arabian American oil company known as Aramco. LaNyle loved living in Saudi Arabia where she could enjoy the beauties of the sea daily. While in Saudi Arabia she discovered a love for woodworking and found wormwood on the seashores that she made beautiful furniture pieces out of. She also loved to swim and found a love for snorkeling and took beautiful underwater photos of her adventures.  LaNyle also loved a good yard and garage sale and would enjoy refurbishing the pieces that she found all over the world.

She appreciated the beauties and the history of the world and was fortunate to travel to almost every continent. She did not however make it to Fiji and was still trying to find a way to get there up until her last days.

LaNyle was a collector of nice things. She had a great taste and an eye for good quality, which showed in her attire and in her home. She saved her memories by collecting items which reminded her of special people and special times.

LaNyle struggled with physical illness her entire life and studied every day to find an answer to her difficulties and a solution to her struggles. She never gave up trying to become well. She was a fighter!

If you asked LaNyle what her best achievement or quality would be she would say that most importantly she was a faithful member of The Church of Jesus Christ of Latter day Saints. She held a current temple recommend even though she had not been able to go to the temple for quite some time. She loved the Lord and had an unshakable testimony of our Savior Jesus Christ! Her example through her testimony will live on long after she is gone.

LaNyle Miller Brown passed away peacefully in her sleep at home on August 31, 2020 and was laid to rest on September 9, 2020 in the American Fork Cemetery next to her beloved parents.

LaNyle was preceded in death by Dale Ray Brown (ex-husband), Clinton D Ellett (grandson), both her parents Lloyd and Erma Miller.  She is survived by her 2 brothers Robert and Ray Miller, 4 children, 19 grandchildren, and 37 great grandchildren.

We love and miss you mom!

The family would like to thank McMillan Mortuary for the tender care of our mom and for the Graveside service held at American Fork Cemetery.

To send flowers to the family or plant a tree in memory of LaNyle (Miller) Brown, please visit our floral store.