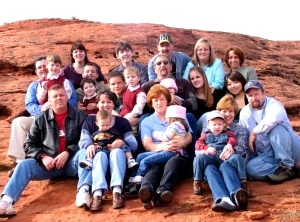 On Saturday, August 21, 2021, Paul Thayne Whipple age 77 of St. George passed away of complications from Squamous Cell Carcinoma (a type of Skin Cancer).

Paul was born on September 23, 1943, in Overton, Nevada, to Rulon Vere and Mamie (Thayne) Whipple. He was raised in Pioche, NV until the age of 5, when his family moved to St George. He served in the Army National Guard from 1960 to 1962 and the United States Navy from 1962 to 1966. He married Marie Middleton in Las Vegas, Nevada, on December 3, 1974 and together they raised a son Michael, and four daughters; Merideth, Tara, Rochelle, and Tomi. Paul worked for the City of St George Streets Department and retired after 32 years of service.

In his spare time Paul could be found camping, working on cars, and watching old westerns or war movies. He believed family came first. Paul was always quick to say “I love you”, went out of his way to make people smile, and always stood up for what he believed in. He was affectionately known to friends and family as the “City Crane”.

Paul is preceded in death by his daughter Tomi, his first wife Annette (Hutchings), his parents, and three siblings.

He is survived by his wife: Marie; his children Mike (Lori) of Murietta California; Merideth (Phillip) Dennis of Olympia, Washington; Tara (Craig – deceased) Miller of Danville, Pennsylvania; Rochelle (Justin) Seegmiller of Ivins, Utah; thirteen grandchildren; seven great-grandchildren (+ one on the way) and two dogs; as well as his sister Arlene and brother Kent.

In lieu of flowers, the family would encourage donations in memory of Paul to Shriners Hospital https://donate.lovetotherescue.org