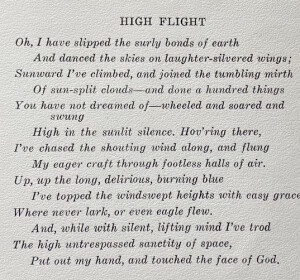 Richard “Dick” Stott, age 82, went to his heavenly home on March 13, 2022, he passed peacefully with his loving wife & two dogs by his side. He was born, October 5, 1939, “on the farm” in Manti, UT to Leon and Eunice (Rasmussen) Stott. His family later moved to Murray UT where he attended school.

Before graduating Richard quit school to work with his father as a cement finisher and shared that he helped his father with the cement work of Murray High School, amongst other projects. After a while, he felt the tug of adventure and joined the United States Coast Guard. He was fortunate to be based out of Hawaii, where he lived with his wife & childhood sweetheart Geraldine (Rossiter) Stott. They have one daughter, Kelly Stott Brubaker. Richard was gifted musically and played the drums and the trumpet. While in the Coast Guard marching band he played the trumpet in the parade of Hawaii becoming a State.

After serving in the military Richard returned to school for his pilot license, and later instructor ratings. He had a love for flight since he was a child, and shared that he rode his bicycle from Murray to the Salt Lake City airport to stand at the fence and watch the planes. He never got over this, and would go to many locations to watch planes. His favorite, by far, was watching the Blue Angles fly. He also had a love for radio scanning equipment, and had multiple scanners in his pickup truck. He would sit outside the fence (with other airplane enthusiasts) and listen to the Blue Angles talk to each other as the practiced their air show maneuvers overhead.  During his flight career he flew US mail on the west coast, transported planes back and forth across the United States, and spent many summer seasons dropping fire retardant on fires in western states for Aero Union.

Richard was fortunate to have his “broadcasting voice discovered” and started a 35-year career on the radio in Boise Idaho. He was honored to broadcast from KYME and KBOI radio stations. He felt his name didn’t roll of the tongue so he started to go by “Dick Stott”.  He helped bring ‘Rock & Roll’ to the Boise market, and push the Zombies to #1 with their hit tune “Time of the Season”.

He later moved back to Salt Lake City, UT where he met and married his current wife of 25 years, Lynn (Palfreyman) Stott. They spent the last 20-years of his life in St. George, UT, where Lynn continues to reside. They enjoyed making memories through time spent together whether at home or on various vacations, primarily to warm sandy beaches.

To send flowers to the family or plant a tree in memory of Richard "Dick" Stott, please visit our floral store.