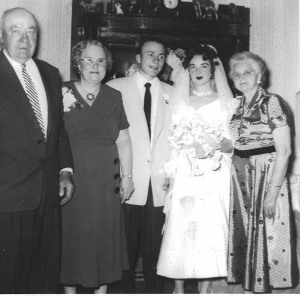 Shirley was raised by her mother in a boarding house in Salt Lake City. She is the youngest of 13 children. As a young girl her favorite activity was roller skating. She developed a love for music as a young woman and sang in choirs most of her life. As an adult she performed in productions at Promised Valley Playhouse and enjoyed attending theater productions all her life.

She married her husband Brent Dolph Rodgers on June 10, 1955 in Salt Lake City. They were later sealed in the Salt Lake City Temple.

Shirley was a faithful member of the Church of Jesus Christ of Latter-day Saints. She served as a missionary at the family history library in Seattle Washington, in many ward and stake presidencies, and as a temple worker at the St. George Temple. Because of the example of her mother, she developed a love of serving others in need with immense kindness and charity.

Her children recall that she attended more boy scout camps than the scoutmaster. She also attended a survival training course at BYU. Her favorite activities included traveling with her husband and family, such as trips to Costa Rica with her son Danny and his family, and Church history site tours with her son Craig and his family. Shirley also enjoyed reading, writing letters, journaling, playing games with her family (especially Canasta), and never forgot a birthday or anniversary.

She was very proud of her grandchildren serving missions and bragged often to anyone who would listen.

She is preceded in death by her Parents, 10 siblings, her son Daniel Rodgers and her son in-law Thomas Dickerson Jr.

Gravesides services will be held Thursday, February 11, 2021 at 1:00pm at Tonaquint Cemetery.

To send flowers to the family or plant a tree in memory of Shirley Neil Rodgers, please visit our floral store.