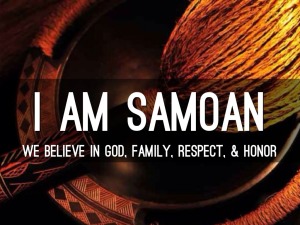 Spencer Harold Schwalger, aka, ‘Footloose’, ‘Supaman’ or ‘Red Ninja’ was born and raised in Samoa. He attended Pesega Elementary School and high schooled at the Church College of Western Samoa (CCWS). He served a full-time mission for The Church of Jesus Christ of Latter-Day Saints in beautiful San Diego, California. Spencer loved his job as an employee of Redbox. He worked all over St. George area and at times the surrounding cities, taking care of the Redbox machines that earned him the nickname ‘Red Ninja’.

Spencer was one with a lot of energy and he showed it when supporting not only his kids but his friends and/or family member’s kids. His interests was anything to do with his beautiful Chelsie, their kids and anything Samoa related including rooting for his beloved Manu Samoa.

Due to covid, Funeral services will be for immediate family only on Tuesday January 12, 2021at 11:00am.

The funeral service will be live streamed, follow the link below.

To send flowers to the family or plant a tree in memory of Spencer Harold Schwalger, please visit our floral store.