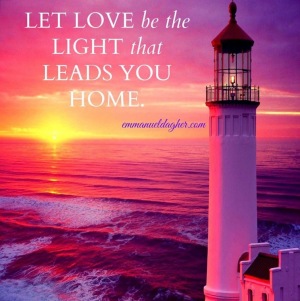 Todd was born on January 28, 1965 in Logan, Utah to Jolene Day and Owen Gene Johnson.  He was welcomed at home by his sister Dixie Jo.  Shortly after Todd’s birth his father, Owen was in a tragic accident that took his life.

Jolene, with Dixie and Todd lived in Logan, Utah, until she met and married Dennis E. Cole.  They moved to Cove, Utah and lived on the Green Acres Ranch. Where he and Dixie enjoyed fishing, catching snakes and just being kids.  In 1973 they welcomed, Cardon Dennis to the family.  With grandpa and grandma Day, they help shaped Todd’s young life, for him to become the man he was today.

They move to Preston, Idaho and made it their home.  Todd finished grade school, middle school and high school from Preston, graduating in 1983.  He was the Homecoming Powder Puff King and spoke at his graduation assembly.

He married his high school sweetheart, LuCinda Castillo, they were married on January 12, 1985.  They lived in Smithfield, Utah and then made their home together in Lewiston, Utah for 20 years.

Together they raised three bright, beautiful and strong girls, Kirsten, Courteney and Spenser.  There was no separating the five of them.  They did almost everything together.  Todd was supportive of his girls love of dance, he attended and took many pictures of their dance performances.  Not all fathers are cut out to live in the dance world, he was.  He would give up entire Saturday’s to watch them dance, that is a dedicated father.

In 2001, Spenser, was diagnosed with Severe Aplastic Anemia, Todd and LuCinda were with Spenser for 6 months in California at Lucille Packard Children’s Hospital, for a bone marrow transplant.  Once back in Utah, he returned to work and he and LuCinda took turns spending every moment with their precious little girl.  Sadly, Spenser passed away on February 25, 2003.

He found his passion and worked tirelessly in perfecting his gift of photography.  He read everything he could and taught himself everything there was to know about cameras and editing.  When you saw Todd in person, most likely there was a camera around his neck.

Todd spent a majority of his work life around cars, parts, service and sales.  He spent several years at Harris Research, Inc., his Chem-Dry family meant the world to him.

In 2003, Dixie and Todd met with Carla, the sister they felt in their hearts for years.  Now their family was complete.  They all took to each other immediately at their first visit

Todd and LuCinda separated in 2010 and later divorced.  He then moved to Ogden and Salt Lake City, Utah, where he met and then married Tika Sarine Bonifacio on January 24, 2016.  He became a bonus dad to Tika’s two young boys.  Being a dad to boys was a new experience to Todd full of challenges and love.  Todd and Tika made a home in Pleasant Grove and Murray and then Cedar City.  They enjoyed their time hiking, camping and southern Utah’s unique beauty.

In Todd’s true nature he spent time supporting Tika and her all her interests.  They had many friends that loved and admired them and their love for each other.  Although their time together was not long, for them, it was a lifetime of happiness.

On December 12, 2020 Todd was admitted to Dixie Regional Medical Center.  He fought a good fight and he will missed by all those who met and knew him.  Todd was a kind and generous human, making friends came so easy for him.  Many of whom have expressed how he was a great example of kindness, joy and strength for them.

He was preceded in death by his father Owen Gene Johnson and Dennis Cole, his daughter Spenser Cole, his mother Jolene Cole.

This service will be live streamed, follow the link below.

Due to COVID-19 concerns and for the safety of everyone involved, we respectfully ask that a mask be worn at all times.

Interment will be in the Richmond Utah City Cemetery.

To send flowers to the family or plant a tree in memory of Todd Owen Johnson Cole, please visit our floral store.