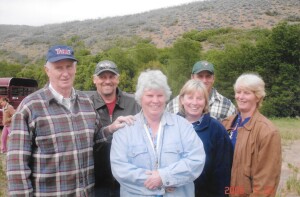 Warren Harrison Hoskings passed away on September 18, 2022, at his home surrounded by loving family and friends. He was born December 6, 1935, at St Marks Hospital, Salt Lake City, UT to Willard (Bud) and Billie Hoskings  He married his sweetheart, Bonnie Jean Young on March 28, 1955, in Evanston, Wyoming, they were later Sealed in the Salt Lake Temple on June 2, 1978.

Warren and Bonnie lived a life of adventure and travel, family elk hunts, fishing trips, camping, and exploring the back country of Utah. He earned the rank of Captain for the Salt Lake City Fire Department (25 yrs) and fought some of the largest building fires in Utah history; he helped save many lives.  He served in the United States Airforce Reserves and Air National Guard.  He was the Yellowstone Fire Marshall for 2 yrs. Warren spent thousands of hours volunteering for schools, churches, Boy Scout Eagle projects, Johnson Dinosaur Tracks Museum, and State Parks.

Warren is survived by his children, Brent (Jill) Saratoga Springs, Jeannie (Mike) Vernal, Kathern (Rick) St George, and Robert Murray Utah.  His ten Grandchildren Jeremy, Kayli, Travis, Matt, Amber, Cody, Jackie, Corey, Wyatt and Hannah; and 15 Great Grandchildren.  He is survived by his brother Dennis Hoskings. His family is grateful to our sister, Kathy, for her dedication and love in taking such good care of our Dad over the past two years.

He is preceded in death by his wife Bonnie; his parents Willard and Billie Hoskings; and sister Janis Shepherd.

Graveside services will he held Saturday, September 24, 2022 at 2:00pm at the Wallsburg Utah Cemetery.

Condolences may be shared at mcmillanmortuary.com

To send flowers to the family or plant a tree in memory of Warren Harrison Hoskings, please visit our floral store.

A Memorial Tree was planted for Warren

Join in honoring their life - plant a memorial tree